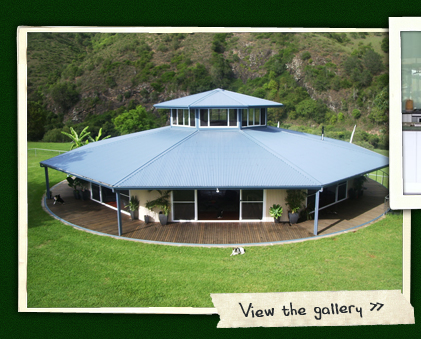 Why have a house that can rotate?
Well, why not? It was an idea that grew and grew and finally became a reality. The shape of the house and the rooms are large, interesting and really user friendly...
read more... 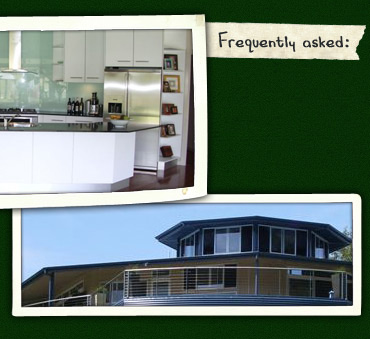 The Everingham Rotating House was finally completed in March 2006. It ended up being a much bigger project in regard to time and money than we ever envisaged. Since the house has been completed, it has been revealed by many that during the planning and construction stage they thought we were stark raving mad! In light of this, we thank you for your confidence and support with our prototype. We are now into the promotional phase.

Sponsors are welcome to attend to take enquiries about their products or simply supply signage, brochures etc. Visitors on the tour need to purchase the program to find out the location of the houses and gain entry. Some sponsors advertise in the program and editorial is welcomed.

This website was generously designed and provided by Jaze Digital earlier this year. We thank them for their ongoing support.

Our annual farm party occurs on the October long weekend each year, the first one being staged in 1999. This event possesses a unique flavour, the result of a spectacular setting, great recreational facilities, a broad age range of guests and a 12 hour musical line up that you’d expect to find in a top night club in New York! Approximately 500 people attend over the weekend, some stay for up to 3 days.

The new house has created a huge amount of interest among our guests. An open house inspection and piano recital will take place on Sunday between 2pm and 4pm, as it did in 2005.

A professionally produced 8' x 4' sign has been erected acknowledging all the businesses that have supported the project, predominantly for the June and October long weekends. Many of our sponsors have also erected their own signs.

Please contact me to discuss the matter if you wish to create your own opportunities in regard to the Everingham Rotating House.

Once again thanks for your support.